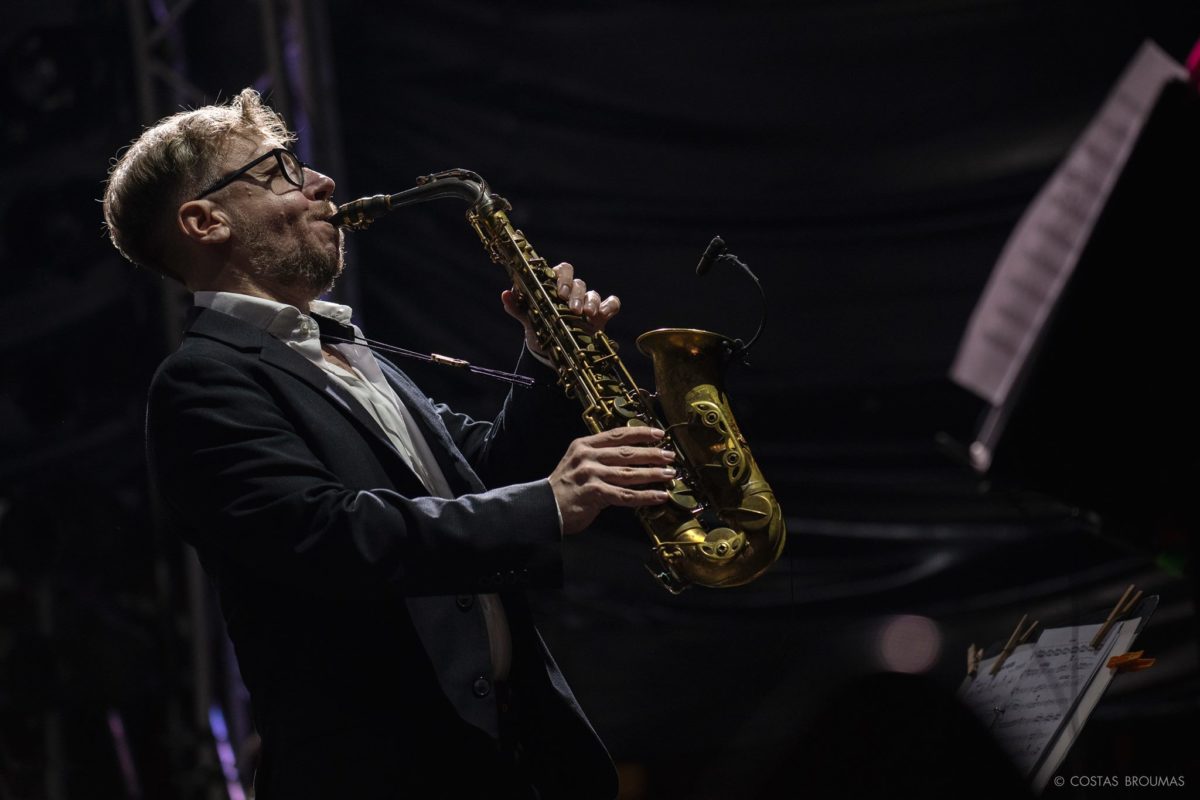 He is featured as a soloist  on his “Blade  Runner Trilogy 25th Anniversary”album as well as The Stephen Hawking tribute ,which goes under the professor’s  Stephen Hawking synthesised voice.

The next release under his own name is the album “back of beyond”.

He studied under scholarship at Berklee College of Music with masters such as Andy Mc Gee, Jerry Bergonzi, George Garzone and Steve Wilson.He has taken part in a lot of record productions and live performances by many Greek and foreign artists in venues such as  the closing ceremony for the Olympic Games in 2004, as well as some of the top musicians in the Greek jazz scene.

Dimitris is the most recorded saxophonist in the Greek scene for the last two decades, featured in over than 200 albums across all genres.

During the same period he has been a long term collaborator with some of the most established artists in Greece such as  Eleftheria Arvanitaki ,Charis Alexiou , Demis Roussos and Maria Farantouri.

His jazz band has taken part in concerts and festivals in Greece and abroad.

Dimitris  released  two personal albums “Growing Up” which was recorded in New York and “A Man Dreams’, under Minos EMI-Universal,

He presented Duke Pearson’s masterpiece “Cristo Redentor” in collaboration with the ERT National Symphonic Orchestra and Choir at the 2016  New Year’s Day concert.

Also he presented with great success for the first time in Greece, the legendary piece “Charlie Parker with strings” performing as a soloist with the ERT Contemporary Music Orchestra. This project will be recorded for the Greek national radio and the European Broadcasting Union

Dimitris has a beautiful sound on alto, a smooth approach and a lot of lyricicm .

“We are all aware that there is no shortage of excellent saxophone players, but I do feel objectively that in the case of Mr Dimitris Tsakas, he possesses the rare little something which makes the big musical difference.”